Posted by kathleenolsen on Jul 27, 2010 in Chicago, donuts, doughnuts | No Comments

A few weeks ago my husband and I celebrated our 5 year anniversary! And, being who we are, we used this celebration as an excuse to fill our bellies with sweets! We went on a mission to find the best donut in Chicago! We were inspired to do this after eating some of the best donuts we’ve ever had during our travels this year. We also used this opportunity to complete round 2 of our cupcake crawl we began last fall, which I’ll talk more about in a later post. (I know, it was a sweet day!)

So, after researching the best donuts in Chicago, we came across 2 big names: Dat Donuts and Old Fashioned Donuts. We also tried some organic pumpkin cider donut holes at the Green City Market in Lincoln Park. 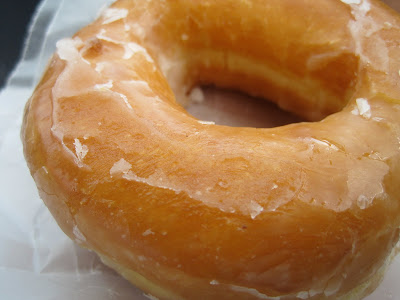 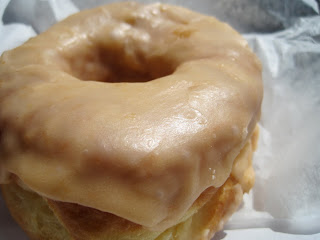 Old Fashioned Donuts offered the same classic varieties, and this time we chose the orange glazed doughnut. The orange flavor offered a sweet burst of flavor over a melt-in-your-mouth donut. 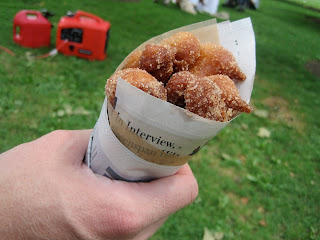 Our favorite, though, was definitely the organic apple cider donut holes from Zullos at the Green City Market. They were warm with a perfectly sugary coating, and comforting spice flavor. We would definitely go back for these.

As much as we enjoyed our day of donuts though, we both agreed that overall, when we crave a really good doughnut, our minds leave Chicago and wander to Dynamo Donut in San Francisco, Island Java in Grand Bahama Island, and The Doughnut Plant in New York City. How about you? Where did you have the best donut you’ve ever ate?

Come back next week to see pics of our latest Sweet Table Wedding Creation and some behind the scenes shots!